TODD: You have Democrats preparing a $1.3 billion so-called loan forgiveness for people who we went to college and took out debt. Folks, there’s no such thing as a loan forgiveness. It’s a passing of the loan on to shoulders of people like me who did not go to college. And, as a matter of fact, though he didn’t go to college (and he clearly didn’t need it), Rush knew what starting adulthood $100,000 in college debt meant to people economically. But he also understood it psychologically. He was always ready to explain why leftists want to see people on the hook for college debt.

RUSH: This has been something that I have expected the Democrats to do. I predicted they would. I’ve been kind of fearful that that was gonna be a big card that they were gonna play. American income, when it’s been charted, has always been charted in fifths or quintiles. So you would have one group that say makes $100,000 or more, then the next group 75 to a hundred, 50 to 75, 25 to 50, and zero to 25, whatever. 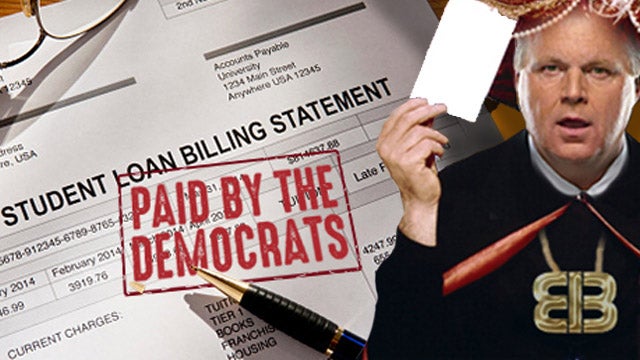 But those are the arbitrary numbers. But you have those five quintiles. They would track people in each of those segments as they grew older and track their movement. “Did they move into different levels of income, and how did they do it?” And they found that a college education was one of the fundamental requirements to upward mobility, and middle-class parents became obsessed with their kids going to college, no matter what it cost.

They pursued scholarships. They pursued anything they could to get their kids to school. Just like health care. At some point the cost of getting educated became so high that the average middle class family could not afford it in their annual budget. They had to find supplemental assistance. It got so bad because there was never any pressure on universities to keep tuition at an affordable level, just like there’s never been any pressure on health care.

Here came the old student loan, and the student program, and it enabled more and more people to quote/unquote “afford college.” But that’s not what happened. Here’s the upshot of this is. All of these middle-class families — not just middle class; every family. Practically every group of Americans however you qualify ’em believed in an education and wanted it for their kids, a college education, minimum four years because of what it meant.

The establishment, the elites.

They have now fixed it so that the one route that American middle-class families had for their kids to enjoy success in America has now become an albatross. And they are fully aware of it. What is the point of going to school and getting out with a debt of six or more figures that you’re gonna take the rest of your life paying off, no matter what job you get? And who is benefiting from this? Certainly not the student, not the family, not the graduates. The colleges are benefiting, the loan agencies are benefiting — which is the government now, ’cause they run the program.

TODD: They do run the program. There’s another program they’re wanting to run, and it’s the most important thing we have to track yet.

CALLER: Hi, Todd. It’s so great to talk to you. Love you and Mark Steyn and Rush.

TODD: Of course. Well, Rush first, and then us. We appreciate that. I’ll speak on behalf of Mark.

TODD: Thank you very much, Caitlyn.

CALLER: Of course. Thank you too. Yeah. I wanted to call in about the loan forgiveness. So I’m a Millennial. I’ll be 30 in a couple years. I took out loans at the suggestion of a professor years ago. I got my associate’s in California where I was born and raised, and so I thought, “Okay, loans are a good idea,” ’cause his idea was, “Take out loans; you can finish your school sooner. Just be a full-time student and you’ll have your income to pay back the loans, you know, when you graduate.” 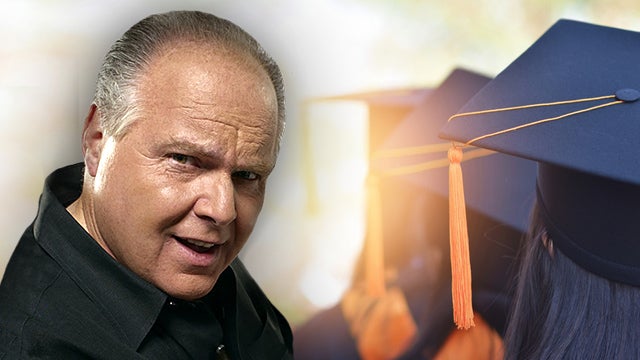 CALLER: Well, that’s backfired, I think, for lots of people my age. (chuckels) But —

TODD: How old are you?

CALLER: Yeah. But, I mean, I made an adult decision to take out loans, and it’s no one’s responsibility other than mine. And just hearing you and other people who never went to college or they learned a trade, I mean, they should not be paying for all these people’s bad decisions. That’s the case with like a lot of things, right?

TODD: Let’s do a little Socratic inquiry together here while I have you on the phone, Caitlyn. 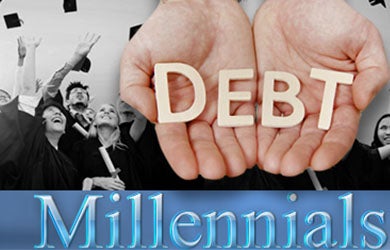 TODD: That means that you’ve got to go to work and do what working people do. Caitlyn, it’s a joy to have a 28-year-old calling. I love Rexburg. I want you to go give big thumbs up to everybody in Rexburg from the EIB Network. All right?

CALLER: All right! Thank you.