TODD: So the trial of the officers who were accused of killing George Floyd is underway, and Rush, as you know, believed really strongly in supporting officers, of course. He also fought to have government employees of all levels be held accountable. Rush wanted to see the judicial system work in the case of these officers.

RUSH: This Minneapolis situation and George Floyd. I mean it. I hope these cops are dealt with good and hard. I’ve seen the video like everybody else, and it makes me so mad I can’t see straight. I don’t know… I still don’t know what precipitated it. I don’t know why they had George Floyd on the ground. I don’t know, but I don’t care what it was, unless he fired a shot at them, and even then, there is no… What policy? What policy is there anywhere that mandates that kind of treatment of a suspect or prisoner who is totally under control? 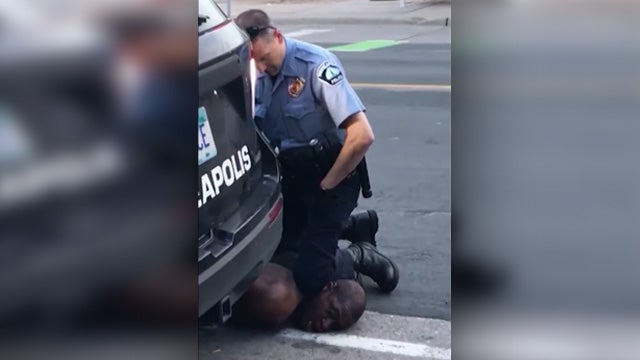 (interruption) Okay. All right. So he passed a counterfeit bill in a store.

Fine. That doesn’t come close to justifying what happened to him, with people watching that cop for five minutes kill the guy! There’s no other way to describe what happened. I understand people are out there calling it murder. It makes me so mad, I can’t see straight. So, I ask, how does something like that happen? There has to be some police manual or handbook.

Look, you people in law enforcement know I’m at the top of the list of people who support you and understand how hard your jobs are and the rigors and the arduous circumstances you have to go through every day. I still, given all of that, do not… I cannot find a way to explain that. I can’t find a way to justify it. I don’t care what the guy did.

TODD: When you watch that video and you see it for the first time, you have the exact reaction of El Rushbo. I don’t think you can be a feeling human being and watch a fellow human die and not have that response. I was screaming at the screen, “Do something! Help the man,” and it was horrifying to watch. The defense is launching the same… It’s the defense that a friend of mine who’s a cop sent me a note on, and it was really hard to read the note from my friend.

What he said is, “Hey, you’re gonna find out that they were probably trained to do this,” and this is what the defense is saying — and it’s a Democrat city. It’s Democrat politicians upstream from this, and the defense is saying that George Floyd died from, you know, basically a heart attack, given the amount of drugs he took. Look, I would not want to be on this jury. It’s impossibly difficult, and to watch a man die is impossibly hard. 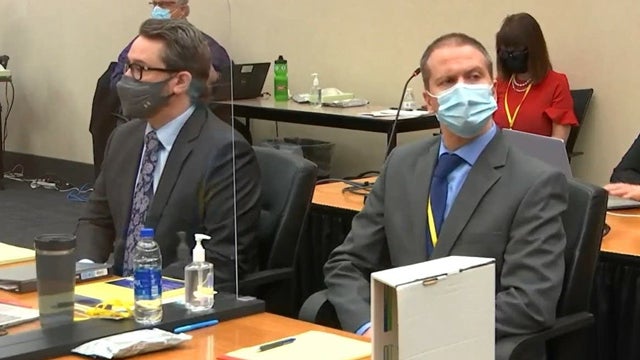 I just want people to recognize some patterns. There’s a woman I know who lost her kids for a time because she was a heroin addict, and she’s actually offered to come on the air on my program in Seattle and talk about this. She lost her kids because she was a heroin addict, and she had become completely irresponsible. She was on the streets trying to score heroin all the time, and she has told me directly… She’s in the Seattle area.

When I say the cartels, I promise you, I’m not being hyperbolic. Watch Drugs Inc., the special on Seattle, and they talk about the Honduran cartels setting up. They talk to a guy from California who was an actually white supremacist who moved to Seattle ’cause he could control the drug business up there because everybody was amateurs, and he’s in there decrying the fact that now the Honduran drug gangs are coming up, and they’re hardcore.

Now there are Russian and Chinese cartels setting up in these cities. You see George Floyd who was admittedly an addict. He spoke about it, he gave a speech to young people saying, “Don’t go my way. Don’t do this to yourself.” You look at the cities where this stuff is available and in fact being sponsored and promoted by Democrat politicians. You’re making more people — you’re causing more people — to head down that road. 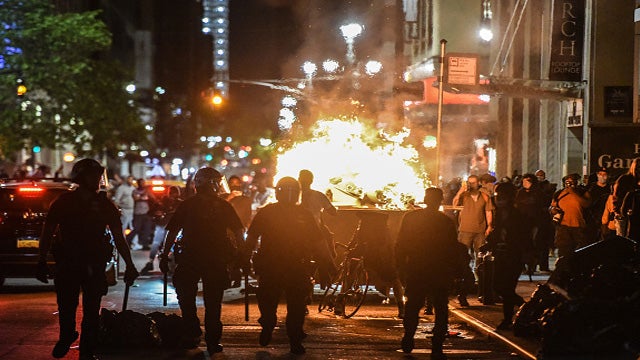 So the officers are on trial. I wouldn’t want to be on that jury. The system should be on trial. Anybody who is, as they are in these Democrat cities… I’m not kidding you when I tell you: They want the taxpayer to buy the heroin. There’s a flipping of society. You see the theme? It’s no longer, “Oh, let’s decriminalize.” The left can never have enough destruction of people, and you can send this all across…

In fact, in fact, Rush had one of his most brilliant monologues was around the city of Baltimore. Have you been there? My sister worked there. She’s a medical professional. She worked there. And it was scary then, and this was 20 years ago. And that city, parts of that city… Well, we’ll get to this ’cause I want you to hear what Rush had to say about that and the dynamics of what’s at play in these Democrat cities.